Sorting out Liability and Damages 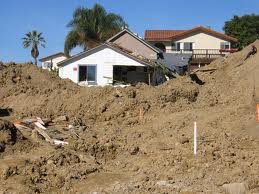 As I write this, northern California is experiencing the second straight week of rain in an otherwise very wet year.  Continuous rain soaks the ground and loosens unstable hillsides. Landslides can stay hidden for years until very wet weather suddenly breaks them loose. Also, slides can move very slowly, over long periods of time, gradually damaging the properties around them.


In either case, earth movement can cause serious damage to buildings and other improvements on or adjacent to the unstable land. Mudslides, rockslides, and landslides are all versions of the same phenomenon—water plus gravity equals damage.


We’ve seen slides gradually pull down the surrounding properties so slowly that trees growing on the hill have curved trunks. This is called soil creep and can last for years or decades. We’ve also represented clients whose homes were damaged in just a moment as a large landslide, hidden beneath the surface of the earth for centuries, comes down, bringing a large portion of the hillside with it.


Property developers are required to obtain the advice of soil engineers when grading is done in a landslide-prone area, and most engineers are very good at detecting the presence of hidden slides. Aerial photo mapping, boring, or just reviewing the history of the area under development can do this. But regardless of the engineer or developer’s efforts, slides can still occur. 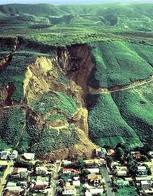 Earth Movement as a Construction Defect.  If a slide occurs in a development after construction is complete and the homes are sold, the developer is liable for any damage caused for at least ten years from the completion of the project.  Slides, subsidence, settlement, and improper drainage are all considered construction defects.  Arguments in those cases usually do not arise over who is liable—the developer and its contractors are usually “strictly” liable or negligent if a slide occurs on newly developed land. What the attorneys for each side usually debate is what is necessary to repair the damages and how much that will cost.


Unless something suspends or “tolls” the statute of limitations, ten years is the usual outside limit for a claim against the builder of the homes and the subcontractors involved in the grading of the project. There are also shorter limitations on such claims, dating from when the event occurs that also come into play, so it is important to seek the advice of an attorney experienced in earth movement claims if a landslide damages your property.


Earth Movement as a Nuisance. But there are other instances of damage caused by earth movement that are unaffected by the ten year statute of limitations.  If a slide damages a neighbor’s property, the owner of the land where the slide originates can be liable to his neighbor for the damage; regardless of when the damaged property was built or sold, and regardless of whether any “negligence” is involved. The only limitation on claims of that sort date from the occurrence of the event.  Unlike claims against a developer for new construction, there are no outside limits, but there are shorter periods dating from when the damage occurred that must be observed. Again, the advice of an attorney should be obtained to be sure that you don’t lose your right to make a claim against those responsible.


A claim against the owner of property where the landslide originates can be for money damages, and also for injunctive relief—an order of the court requiring the neighbor to stop, or abate, the continuing damage being caused by the slide. These are usually claims for what lawyers call Nuisance—the invasion of your property by something that started on your neighbor’s land.
The fact of the slide is not usually the issue—it’s pretty easy to tell when a landslide or earth subsidence is causing damage—the problem is who is at fault. Attorneys and experts in earth movement cases between neighbors argue about both liability and damages. Where did the landslide start—on the uphill, or the downhill neighbor’s property? What is necessary to repair the slide and any damage it caused? 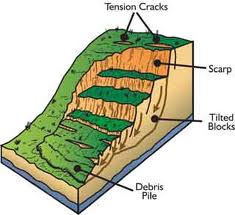 Experts. Earth movement cases, whether against a builder or an adjacent landowner, require the services of experts—soil engineers or geologists who can provide opinions on the cause of the slide and the cost of repairing it.  Damages in soil cases can be severe, and it is critical that the proper repair is identified and a claim for all possible damages is made.  One of the longest trials in our firm’s history was against a builder over eleven separate landslides in a new development. The difficult part of that case was that not all of those slides had openly caused damage—some where what are known as “ancient” slides, slides which have been hidden for thousands of years waiting for enough rain to break them loose.  The threat of future damage is sometimes enough to force a developer to fix even those ancient, or latent slides and that is what the jury awarded in our case.


Land, mud, and rockslides are events that don’t occur regularly, but when long periods of drenching rain soak hillsides that are unstable—either naturally, or because they have not been graded properly--slides can cause tremendous damage. It is critical to identify a claim quickly, so that the appropriate time limits for bringing it are met and to employ competent experts who can assist in identifying not only the cause but also all appropriate remedial measures.
Posted by Tyler Berding at 6:44 PM No comments:

Tyler Berding
I received my Ph.D. in Government from Claremont Graduate University and my law degree from the University of California, Davis. Berding|Weil has represented community associations for over 35 years. For more information, please call 925-838-2090, or email: tberding@berding-weil.com